The original premise of the US Academy model was to be for the MLS clubs only.

Travel concerns allowed Kevin Payne (now US Club Soccer CEO) to propose that the number of clubs be expanded across the US to serve markets beyond the two Coasts and Texas.

At the last minute one US Soccer participant added that they could raise $1.5 million in sponsorship money if they added the word “development” to the proposed league.

Despite the fact that almost every US Soccer National team player of note (men and women) played multiple sports; US Soccer believes that the way to get better is simply to focus exclusively on soccer. Their belief seems to be that the earlier this is done to the exclusion of all else, the greater the chances of a homegrown Messi.

The mantra of “Development” has led to the governing bodies, the coaches and now the parents; all believing that their child needs to be on a “pathway” in order for soccer to be a value in their child’s life.

The pathway is a con, pure and simple, to separate parents from their money and serve the goals and aspirations of the individuals making decisions at the USSF.

The “development pathway” that is being promoted is really not a pathway at all, but rather an obstacle course that appears to be hellbent on wringing out the last ounce of joy from the game.

US Soccer (USSF) sees itself as needing to win a Men’s World Cup, or at the very least, be competitive in one. The irony is that the harder they try and achieve this the further away they get. (Last result 2-0 loss to Canada, a first in 34 years.)

USSF: To get a better player we must start them earlier = encourage “academy” clubs to recruit and younger and younger ages. They must learn to play out of the back so mandate that ALL players need to use a build-out line. Make sure that a player needs to be on this competitive “pathway” or they are missing the bus.

Result: Recreational leagues lose out to the competitive clubs as parents buy the message that playing soccer just for the fun of it, is somehow demeaning. Along with this is the collapse of the volunteer base which has been central to the success of the sport in the US. The grass roots of the sport having been the source of new volunteers, referees and coaches.

Once the gauntlet of the short-sided games is over with; (by now 60% of parents have said enough already and taken their child out of soccer.) USYSA, US Club Soccer and USSF now begin permitting rosters of 22- 26 players on a team. Players who were getting a lot of playing time are now lucky to see the field 25% of the time.

Result: More disillusioned players leaving the game, especially since the cost has grown exponentially thanks to the ability of the clubs with the designated elite status being able to command higher fees.

As a part of these leagues, following the example set by the US Development Academy, the impetus has been to play in far wider circles of Regional and National play – it is no longer socially acceptable to simply play teams from the neighboring towns. Status is accomplished by how much travel the team does; adding again to the cost.

The coup de grace applied by US Soccer has been to denigrate High School soccer. The Academy insists players do not play for their high school teams; making sure that one of the fun aspects of high school age play is removed.

The critical elements of sustaining and growing the game will be to make it fun and enjoyable to all; to stress the positive value of team sports on a player’s character development, regardless of playing ability.

It has been reported by Malcolm Gladwell and others that the way to master a skill is to put in 10,000 hours. For that to occur there needs to be a love of the game that inspires plenty of unstructured play and an emphasis on a simple enjoyment of the game.

USSF’s answer to this is to insist on teams practicing 4 days a week instead of the usual 2 or 3; a sure-fire recipe for player and parent burn-out and falling out of love with the game.

By setting an agenda designed to serve only the elite levels of the game the USSF is killing the growth of grass-roots soccer, ultimately narrowing their pipeline of talent and driving away millions of families whose children could grow so much from just participating.

We can never know which players may have blossomed to become our top US soccer stars as they chose to leave the sport because it wasn’t fun anymore. What we do know is that since the introduction of the USDA, player performance at the National level in the US has sunk to new lows and millions of families have missed out on the role the game can play on the development of character, values and life skills that would serve their children throughout their life.

This puts a competitive fire into each game making it more meaningful for all the participants and ensures that each team performs at a level that is most enjoyable for them.

Coast Soccer League has been the number one competitive youth soccer league in Southern California for more than 45 years; our league serves almost 40,000 families every year and our structure allows every team to forge a path to reach its full potential. But we understand that the value of participating in sports is much greater than the score of any game.

The CSL Premier League encourages athletes to perform at the highest level which is why at Coast Soccer League we focus on creating a family soccer experience, one that keeps players engaged and offers them growth in areas such as self-esteem, team building and communication.

There can be no greater ambition for a parent than to see their child achieve a fulfilling and successful life. The path will be laid by the values and character that are developed during a child’s early years at home, in school and through an involvement in extracurricular activities.

At Coast Soccer League we understand this, and we take this responsibility seriously. We recognize the greater value of participating in sports; its influence on the development of good character, the development of social skills, communication skills, self-esteem, team building and leadership. The influence sports have on higher graduation rates, how it improves risk aversion in areas such as smoking, drinking, drugs, gangs and teenage pregnancies, and teaching that failure presents an opportunity for growth.

These areas of sustainable value play a role in the creation of a fulfilling and successful life and are desirable to each family.

While CSL believes performance and the quest to get better has a role to play in the enjoyment of the game, it is not THE reason families should participate in soccer, nor is it the greatest value a family can get from participating in the sport. That is the role that participation in sports can play in the development of character, values and life skills that will be valuable to a player throughout their lives.

Elite performance models purportedly designed to serve the needs of less than 2% of all youth athletes, besides actually driving out much of the 98% as they are being applied across all levels; are also hastening the drop-out of many of those same top 2%.

The USSF needs to revisit its primary role – the health and well-being of the game in the US – in doing so they will have to establish a strategy designed to serve 100% of the families and organizations involved in the game – not just the elite 2%. 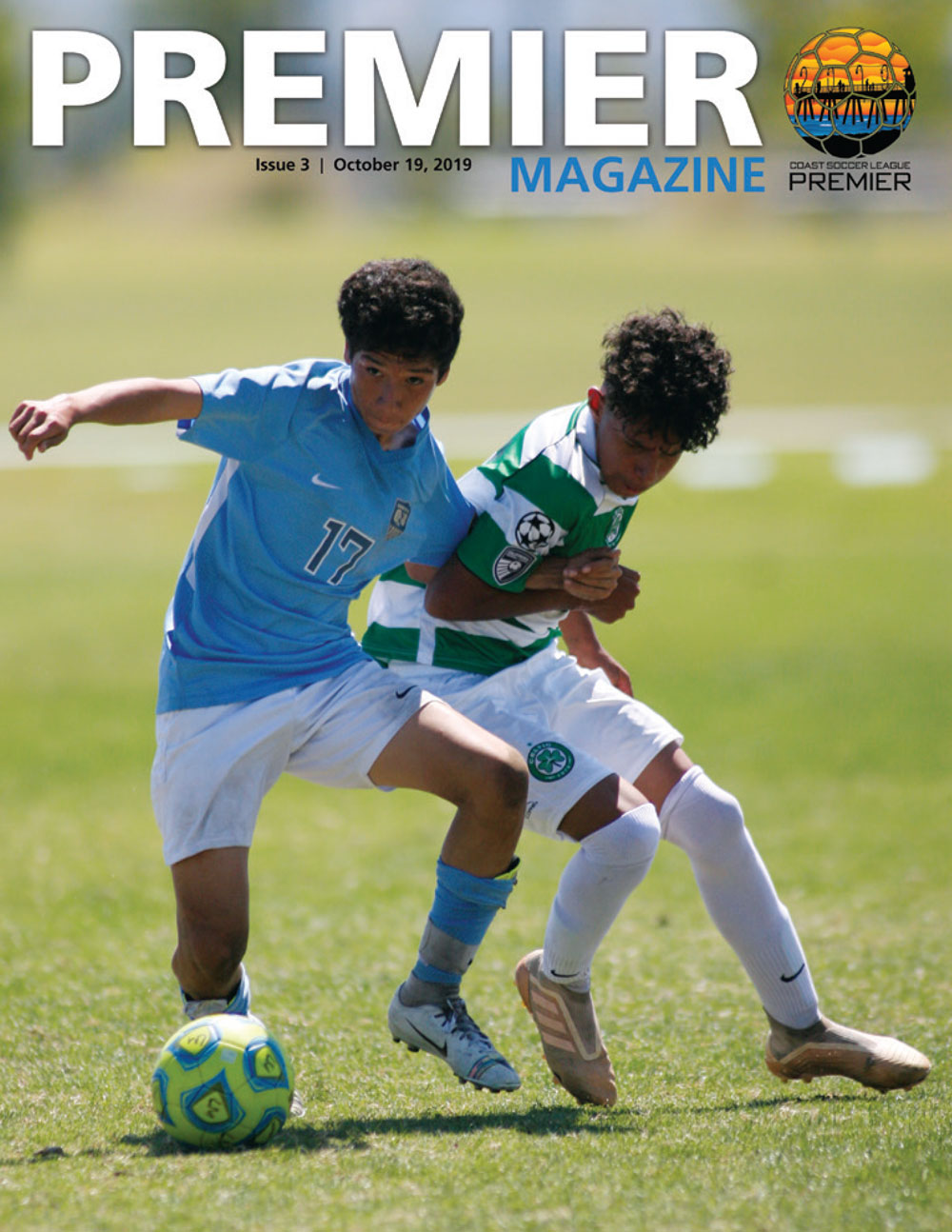 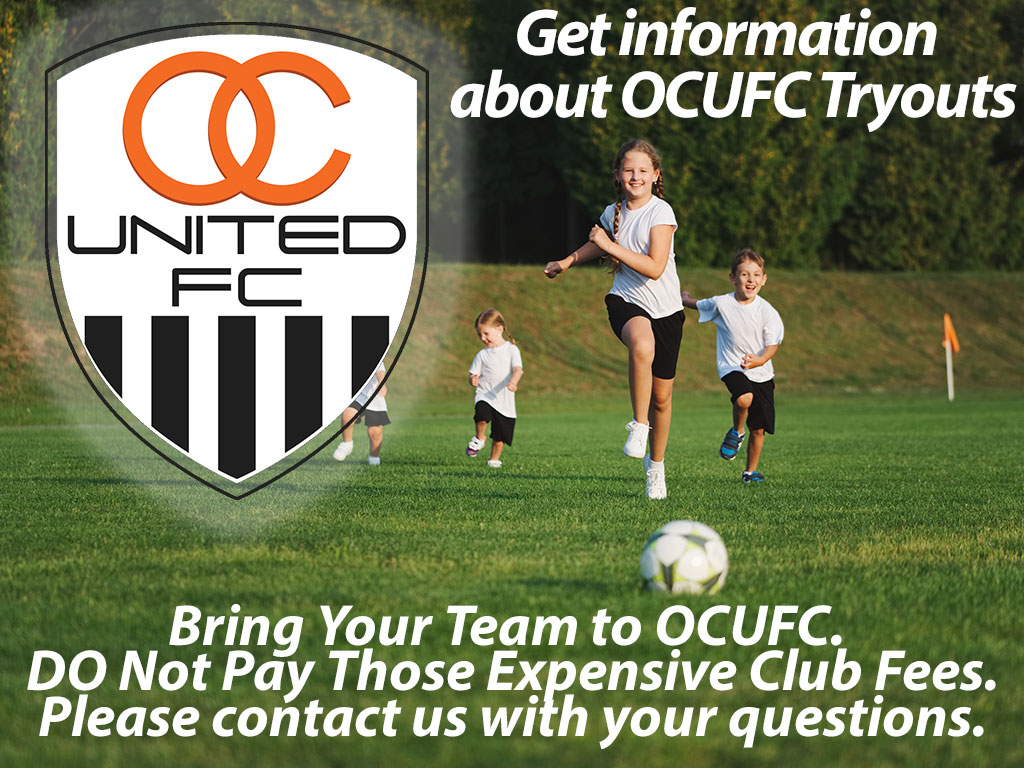